Links and connections have been a powerful technical and social feature of encyclopedias, especially Wikipedia.

Twenty years ago, Wikipedia set out on its path toward providing humanity with free access to the sum of all knowledge. Even if this is a mission that can’t be finished, Wikipedia has made remarkable progress toward the impossible. How so? Wikipedia is an encyclopedia built on a wiki. And never has an application, gathering the sum of human knowledge, been so suited to its medium, easily interconnected web pages.

Encyclopedias have long been reliant on interconnections. In 1755, the Encyclopédie’s Denis Diderot wrote that the use of cross-references (or renvois) was “the most important part of our encyclopedia scheme.”1 This feature allowed the Encyclopédie’s editors to depict the connective tissue of Enlightenment knowledge and to dodge state and church authorities by way of facetious and satirical references. For example, they expressed skepticism about the “Eucharist” and “Communion” by linking to them from the article on “Cannibals.”

At the onset of each new informational medium—from paper, to microfilm, to silicon—connectivity was the impetus. There are many examples, but consider the names of the following. Among the documentalists of the early twentieth-century, there was Wilhelm Ostwald’s Brücke, a bridge, and Suzanne Briet’s indice, an indicator. Such documentalists advanced indexing and classification schemes to improve interconnections between information. Then, on the cusp of the digital age, Vannevar Bush famously wrote of the power of an electromechanical Memex laced with “associative trails.”2 This inspired the hyperlinks of the ’60s and the URLs of the ’90s.

Creating HTML web pages interspersed with links, however, is not so easy; the first wiki was launched in 1994 to fix this. To create and link to a new page, you simply wrote the page’s title in CamelCase, so-called because capitalizing “camel” and “case,” when conjoined, has two humps. Your lumpy title is now a link that, when clicked, takes you to a fresh page awaiting new content.

Wikipedia, then, appeared in 2001 almost by way of accident.3 Efforts at collaboratively creating an online encyclopedia had faltered for years. When a wiki was added to one such project, as an experimental scratch-pad, it took off beyond anyone’s expectation: Wikipedia was born.

Just as the history of two centuries, from print to digital, reveals the importance of connection—call it a reference, bridge, indicator, trail, or link—Wikipedia’s two decades are also a story of connections. This collection speaks of and exemplifies those connections across disciplines and borders, across languages and data, and across the professional and personal.

This is a collection of essays about Wikipedia as the English language edition and larger movement approach their twentieth year. Many of the contributors are astonished by this milestone because we’ve been so close to Wikipedia and remember when it was young. So we pause to look back on those two decades, to see what has changed, and connect the past with the present, looking toward the future.

In Wikipedia’s early days, those of us concerned with history argued Wikipedia was the fulfillment of a long-pursued vision of a universal encyclopedia: the rousing end of a long story. But, of course, the story didn’t end; a good story never ends.

Other contributors have sought to explain how Wikipedia worked in practice given that it was not easily explained by theory. New theories, including commons-based peer production, prompted hope that Wikipedia’s success would be followed by similar examples. Yet, there have been disappointments on the road to an imagined utopia and back.

Those of us following the public discourse about Wikipedia remember it as the new kid on the block, upsetting traditional knowledge authorities. We can recall a former president of the American Library Association calling Wikipedia the dietary equivalent of a Big Mac.4 Now, Wikipedia is reported on in the press as the grown-up of the web and as a bastion of (mostly) reasoned interaction.

Many of the educators among us first encountered Wikipedia when we were students. Even if our teachers were suspicious of the new site, we were thrilled to collaborate with others on something people would actually read. Now, as Alexandria Lockett notes in her essay, our students have never lived in a world without Wikipedia. Helping students contribute to Wikipedia is one of the most rewarding assignments we offer. And rather than dismissing Wikipedia as junk food, some librarians see rigorous engagement with Wikipedia as a staple of their profession.

Finally, those of us who recognized the limitations of Wikipedia in its first decade hoped that the obstacles of complicated syntax, entrenched biases, and complex policies were tractable. A lot of effort has been spent on these concerns, and progress has been made. Though it took time to develop and deploy the Visual Editor—much more accessible—it is now the predominant default on most Wikipedia editions. And there are now vigorous projects working to increase representation and participation. Even so, these problems are far from solved.

Insight from Hindsight, in Three Parts

The intention behind this collection was to pause and ask: what have we learned?

Often, technology is seen as a stepping-stone to the future. Near its start, Wikipedia was labeled as an extraordinary revolution and a degenerate hive-mind. Yet, people are so caught up in tech’s present novelty and future implications they rarely look back to consider what actually happened. Wikipedia’s twentieth anniversary is a moment to do so. It’s not often we have such a hyped and controversial tech-phenomenon still doing what it was doing from its start—most become advertising platforms, like Facebook and Google.

Consequently, in late 2018, this book project was launched with a request for essay proposals related to “Wikipedia @ 20.” Prospective contributors were asked what insights they had gained from these two decades of history. The saying that “hindsight is 20/20” is often used dismissively; we wanted to use it constructively. Contributors were asked to tell us about lessons learned, insights gained, and myths busted during their engagement with Wikipedia.

The resulting essays are grouped into three sections: hindsight, connection, and vision. This is an arbitrary division as each essay has elements of each, but some organization never hurt.

The first set of essays are retrospective; they are mini-histories on how Wikipedia has been produced and discussed relative to internal and external tensions. And the insight from these hindsights is that events flow in ways contrary and unexpected. Wikipedia has far exceeded its creators’ expectations and outlived the many predictions of its death. Similarly, as the authors of “From Anarchy to Wikiality, Glaring Bias to Good Cop” write, Wikipedia’s press coverage “has evolved from bewilderment at the project, to concern and hostility at its model, to acceptance of its merits and disappointment at its shortcomings, and finally to calls to hold it socially accountable and reform it like any other institution.” The peer-based production that the encyclopedia heralded had much utopian potential, but time has revealed unforeseen limitations. Among the many things Wikipedia is not, it is not a newspaper, but its content and readership is driven by the news. And, finally, provocatively, two essays argue that the project’s much-lauded volunteerism can be bad and the abhorred conflicts of interest can be good, under certain conditions.

The second set of essays demonstrate the richness of connections. Not only is the link essential in the story of encyclopedias and the web, it is a motif in many of the essays. In “Three Links,” the authors write that “working with the encyclopedia and its community has been a valuable forging ground, shaping each of us into links in a wide-reaching mesh of personal and professional connections.” Wikipedia connects volunteers, teachers, librarians, scholars, and activists. Should you doubt the personal connection made via Wikipedia, one contributor was prompted to actively engage with Wikipedia via her spouse. Another met his partner at an annual Wikimania conference. Wikipedia also spans national, cultural, and linguistic divides, as well as those between people, data, and machines.

The final set of essays speak to Wikipedia’s founding vision, best expressed in the famous provocation to “imagine a world in which every single person on the planet is given free access to the sum of all human knowledge.”5 Yet, as co-editor Jackie Koerner writes, “Wikipedia’s Relationship with Knowledge Equity” is complicated: the summation of human knowledge tends to be biased by those documenting it. Fortunately, the contributors from Whose Knowledge? chart a path “Towards a Wikipedia For and From Us All.” The essays in this section, too, are framed with personal histories that exemplify connections; yet, they focus on realizing a future that no longer need only be imagined.

Why not start the discussion? 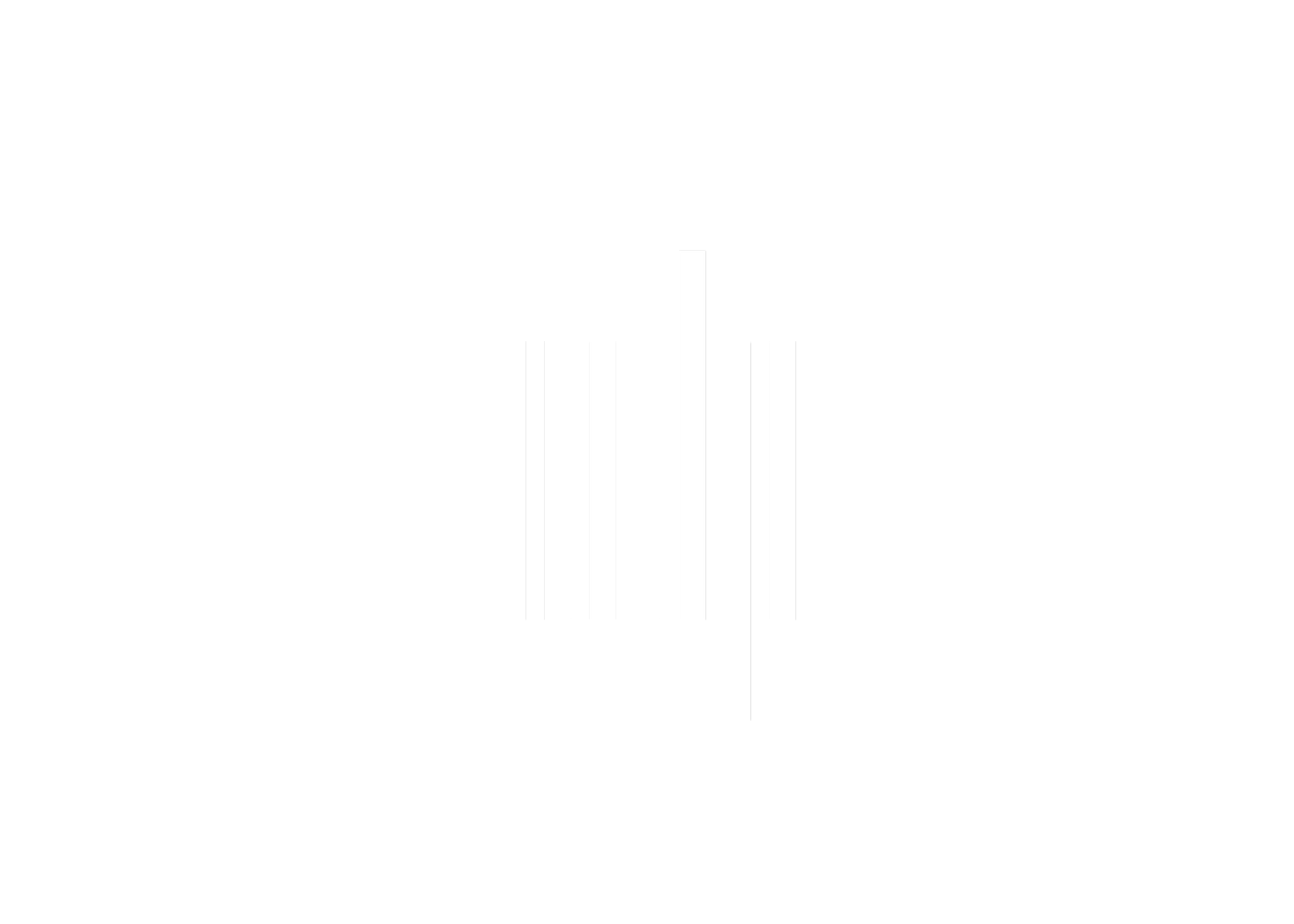